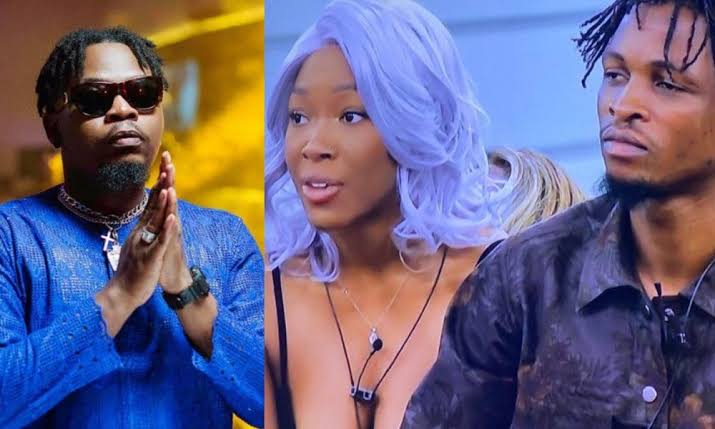 YBNL boss, Olamide has revealed that he is willing to pay any amount for Big Brother reality Tv stars, Laycon and Vee to release a joint EP.
It appears Olamide is a huge of both stars as he can’t seem to get enough of their chemistry which was seen during singing competitions while they were still in the Big Brother house. All Olamide wants is for them to release a project together and he is willing to pay any amount for this to come to fruition.

Taking to his Twitter page he wrote: “Laycon n Vee ????? I’ll pay anything to get a joint ep”. Another fan had begged him to collaborate with Laycon but he declined stating that he is a expecting a collab from them because he enjoyed watching them create and music together during the show. “Nah ! I’m expecting laycon and Vee collab.. I enjoyed watching dem create and sing together during the lockdown show.”

There’s An Olamide And Davido Collaboration In The Works