Wahala be like Wisekid oOo!!!
So a guy has been named “Wisekid” has been playing a very fast one on many unsuspecting Wizkid fans all these days on Digital stores by Refixing all Wizkid’s “Made In Lagos” album.

He went ahead to name his own album “Lasgidi Made” which is just like a lame tweaking to the Wizkid’s album title, the guy didn’t even stop there Oo! He still went ahead to use the same Track names on his own Wack album too 😂.

Well, the Wack album has made a fortune for this guy. According to African Facts, Wisekid has been raking in N30 Million naira monthly from Digital stores since October 2020 that he has uploaded the replicated album. 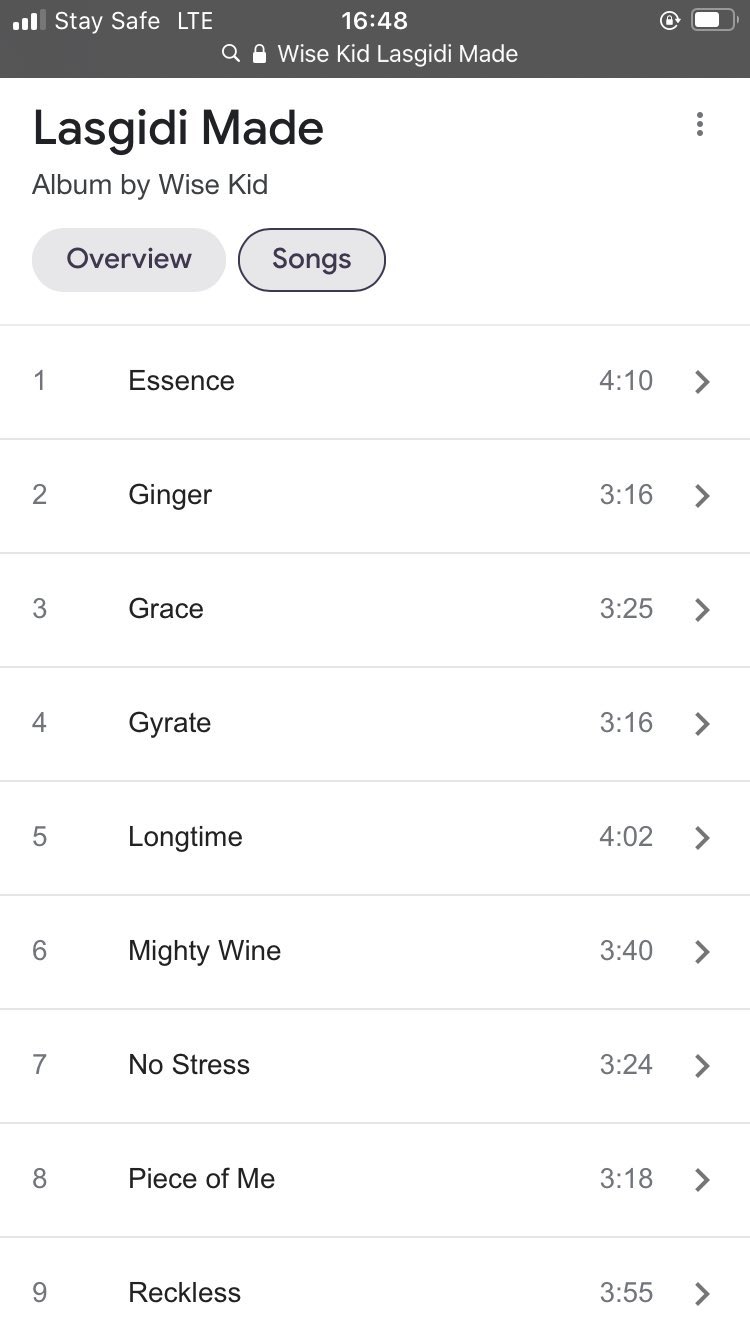 The album which has gone on to amass a total of 9.3 million streams translating to a profit of over N30 million naira was brought to the notice of the public when fans shared screenshots of their Apple Music replay.

Fans noticed a certain Wisekid a relatively unpopular artiste, doing numbers close to that of Wizkid and checked out the album.

The were dey even follow them Pop Smoke drag charts sha

– Professor for money heist no do pass like this ooo.

Upon investigations, the albums were discovered to feature identical tracks.

Omo! Wahala for who no wise Oo!

Rayman Ft. Otega – Me Vs Me

Singer Portable Begs Wizkid on this Video for a Feature

Watch Wizkid And Ayra Starr Spotted Together In A Studio Session

I Was Sad Wizkid Didn’t Attend My Wedding – Banky W