This is very serious,
Source of the fight was based on the price of the transport from each student residents to school, which student are protesting against the rate of the money, they said the student union government (SUG) has reach agreement with the drivers and the bike man, but those transporter did not agree with the agreement, that is the main thing that cause the riot.

Now the vice president of the SUG mount a bike and he wanted to collect is change from the bike man, for him following their agreement, but the bike man said he is not giving any change out, which cause misunderstanding within the two and lead to fighting ,

From their student union stop all the student receiving lectures that they need to protest, unfortunately the protest lead to throwing of stones and hiting each other with wood, and stabbing themselves with broken bottles and knife,

Unfortunately for the students, the student was injured, and a rumour got to us that a little innocent girl died, once the student heard the girl was dead, the student got angry and badge into the town market and scattered  things , 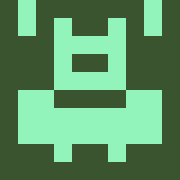 “Wizkid Is A Born Star, Davido Was The Underdog” – Akon Say on Interview Video