Sanwo-Olu Reveals Why Another lockdown May be Imposed on Lagos

Former Lagos State governor Bola Tinubu has described the move by Governor Babajide Sanwo-Olu to repeal the Public Office Holder (Payment of Pension Law 2007) as “bold and courageous”.
The law provides for payment of pension and other entitlements to former governors and their deputies.

Mr Sanwo-Olu told the State House of Assembly of his intention on Tuesday during his presentation of the proposed N1.155 trillion 2021 budget.

Tweeting on Wednesday, Tinubu expressed his support for the governor’s plan and congratulated him on the budget proposal. 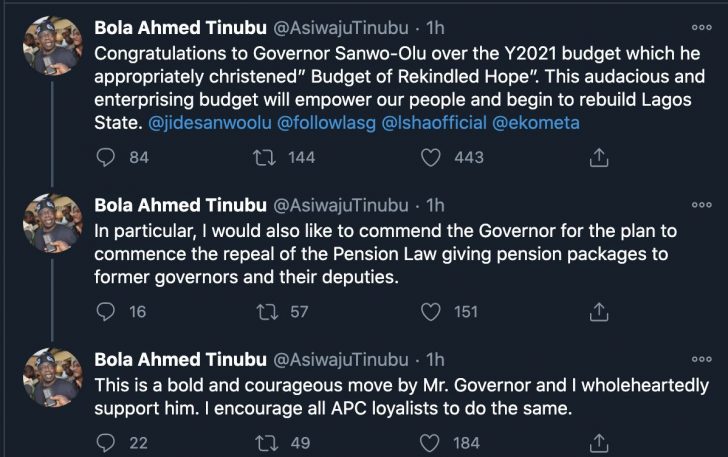 Sanwo-Olu told the assembly he planned to repeal the law “in light of keeping the costs of governance low and to signal selflessness in public service.”